How can I access and use the TreeScan software?

How can I generate a cohort and analytic dataset that can be used with TreeScan software?

Where can I find more information about the TreeScan statistical method?

How is the tree generated from the data?

What qualifies as a “tree” that can be used for TreeScan? ​ 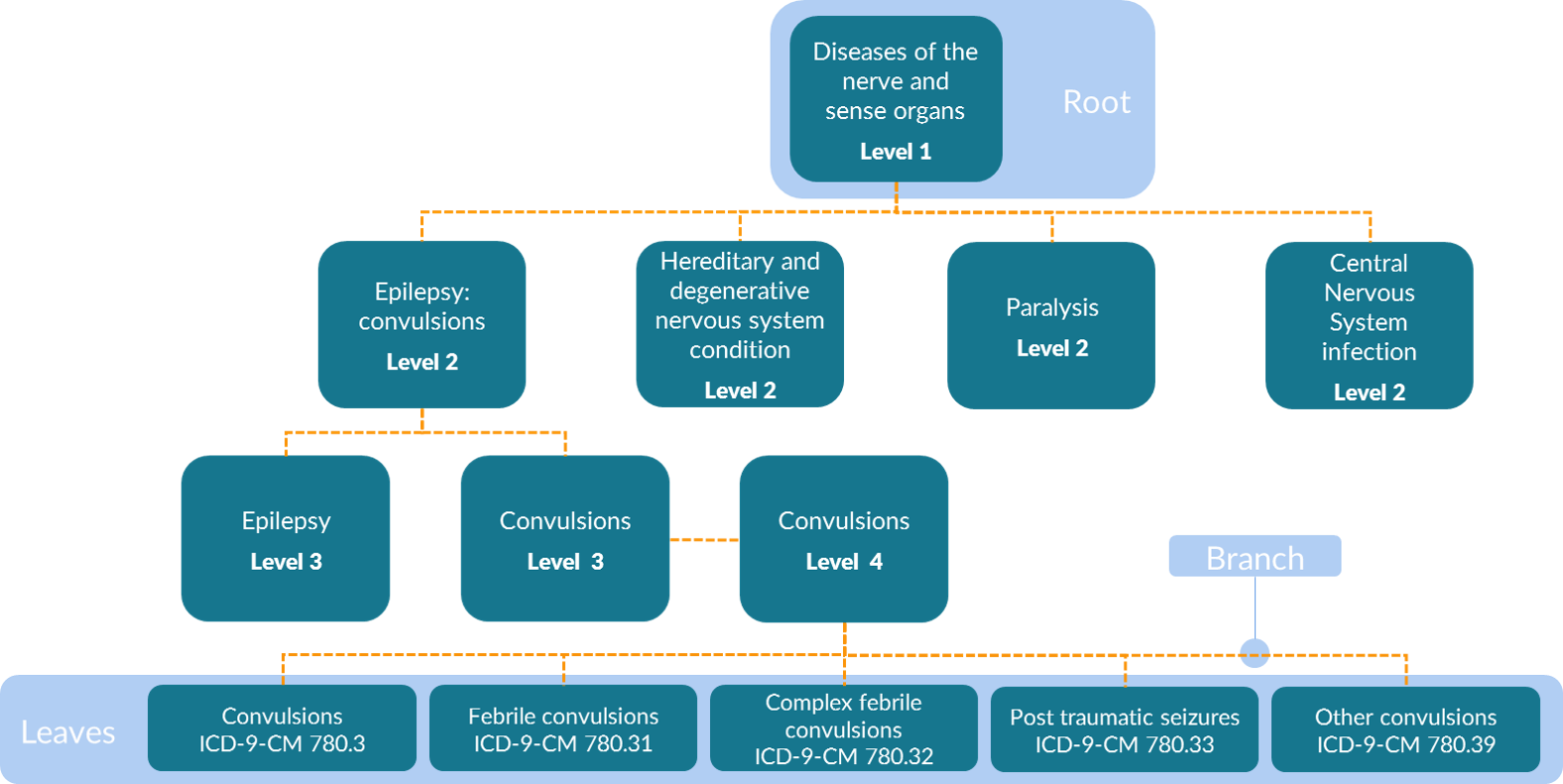 How does the TreeScan method account for potential differences in how outcomes are coded in administrative data?

Hypothesis testing done at more coarsely-aggregated levels of the tree can combine strength even when a singular outcome or leaf level node does not have a large enough sample size to independently cause a rejection of the null hypothesis. However, there are fundamental limitations to using administrative claims data for medical product safety surveillance that will not be automatically overcome with TreeScan (no matter what its inherent strengths), such as undercoding or missingness of various common conditions (e.g., fever) for which medical care is not sought and claims are not filed. Administrative data is also subject to “upcoding” and is heavily influenced by reimbursement policies.

Why is an incident outcome defined based on the second, third, or fourth level of the outcome tree rather than on ICD-9/10-CM codes?

Using TreeScan, an outcome is incident if there were no other outcomes in the same user-specified level of the tree during the preceding pre-specified number of days.  What are the pros and cons of using the second vs. third vs. fourth level (i.e., numerically higher levels are closer to the leaf level) of the hierarchical tree to identify incident outcomes?  How does the definition of incident outcome impact the TreeScan results and the ability to detect alerts?

Wouldn’t the choice of the third level to define incident outcomes cause an increased frequency of second- or fourth-level outcomes in the risk window to be missed?

What happens if there are outcomes that are not more finely differentiated than at the second level of the MLCCS tree?  How is such an outcome taken into consideration if incident outcomes are determined using a higher level?

What is the purpose of defining and using incident outcomes, rather than using all recorded outcomes?

Instead of using the same rules to define incident outcomes, set the observation period, etc., for all outcomes, wouldn’t it make more sense to tailor the rules to the various outcomes, some of which would have more acute and/or immediate onsets than others?

What does a “TreeScan alert” mean?

Is it likely or unlikely that there will be statistical alerts just due to chance?

What kind of investigations will be undertaken if and when unexpected safety alerts arise from TreeScan analysis, and how will decisions about those investigations be made?

If TreeScan alerts arise, how can we be sure that the alert is not related to one particular Data Partner?

How is the FDA going to use data that have been used for a TreeScan analysis to follow-up an alert?

How is the adjustment for multiple testing implemented?

Why isn’t a Bonferroni type of adjustment used to adjust for the multiple testing?

Could bias enter a TreeScan analysis as a result of differences in recommendations for use of the product (including the timing of rollout) among different demographic subgroups, such as males vs. females?

What if only one subgroup of the population has an excess product-associated risk of an outcome, while there is no excess risk for the rest of the population?  For example, maybe a medical product increases the risk of seizures in just females or in just a particular age group.  Will TreeScan be able to detect the risk and identify the subgroup?

What are likely sources of confounding in TreeScan analysis?

Can TreeScan be used to identify statistically protective effects as well as excess risks?  If so, how?

Since there is no gold standard against which to compare the TreeScan results, could some or all of the following kinds of analyses be done for validation purposes?