The Sentinel Distributed Database (SDD) has:

Of members with medical and drug coverage, there are:

The figure above depicts the number of unique patient identifiers currently enrolled in that year. Each patient identifier represents one member. At least one day of enrollment of medical and drug coverage in the year was required for members to be included in this figure.

The figures above depict the length of enrollment for members in the Sentinel Distributed Database between January 1, 2008 and December 31, 2018. 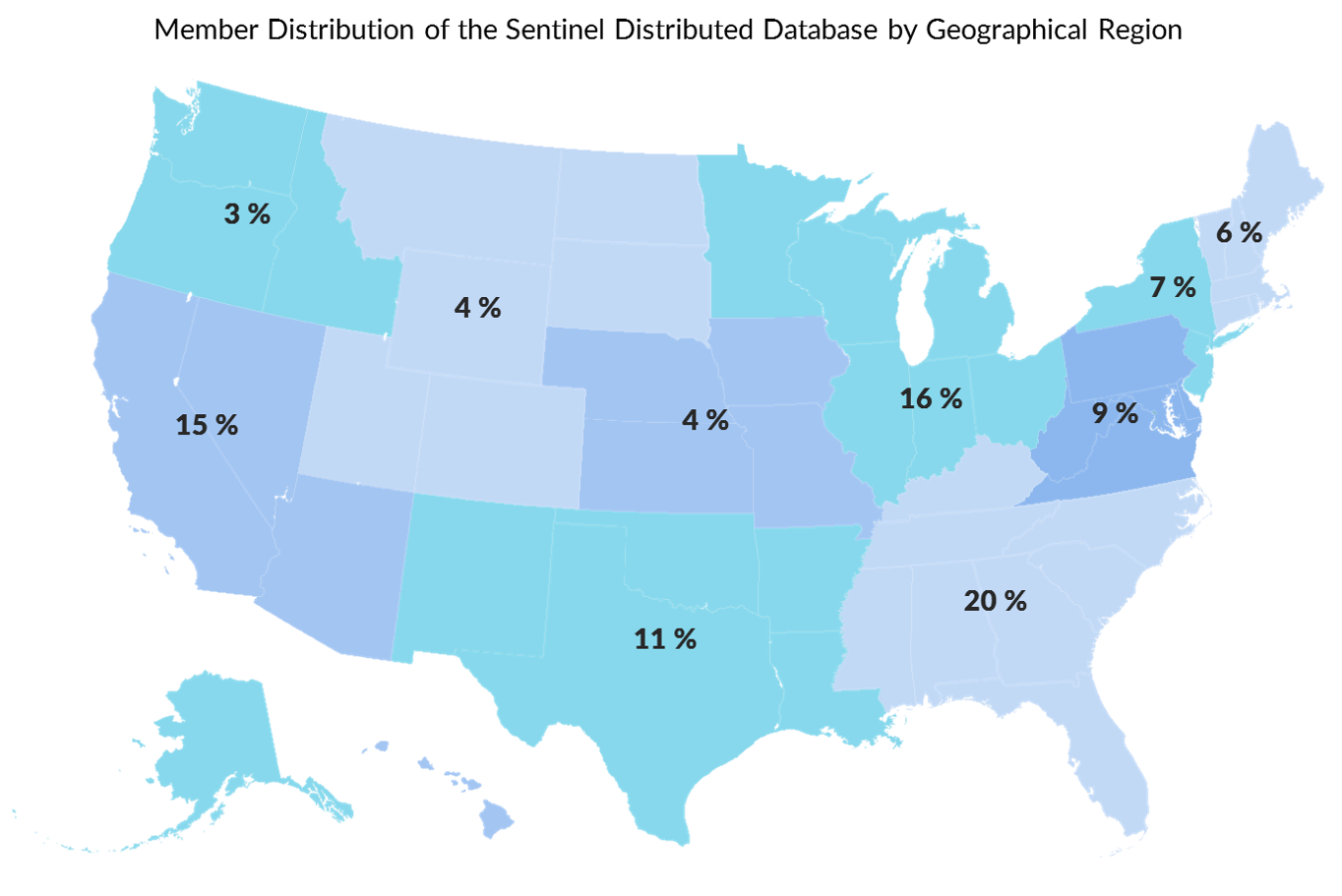 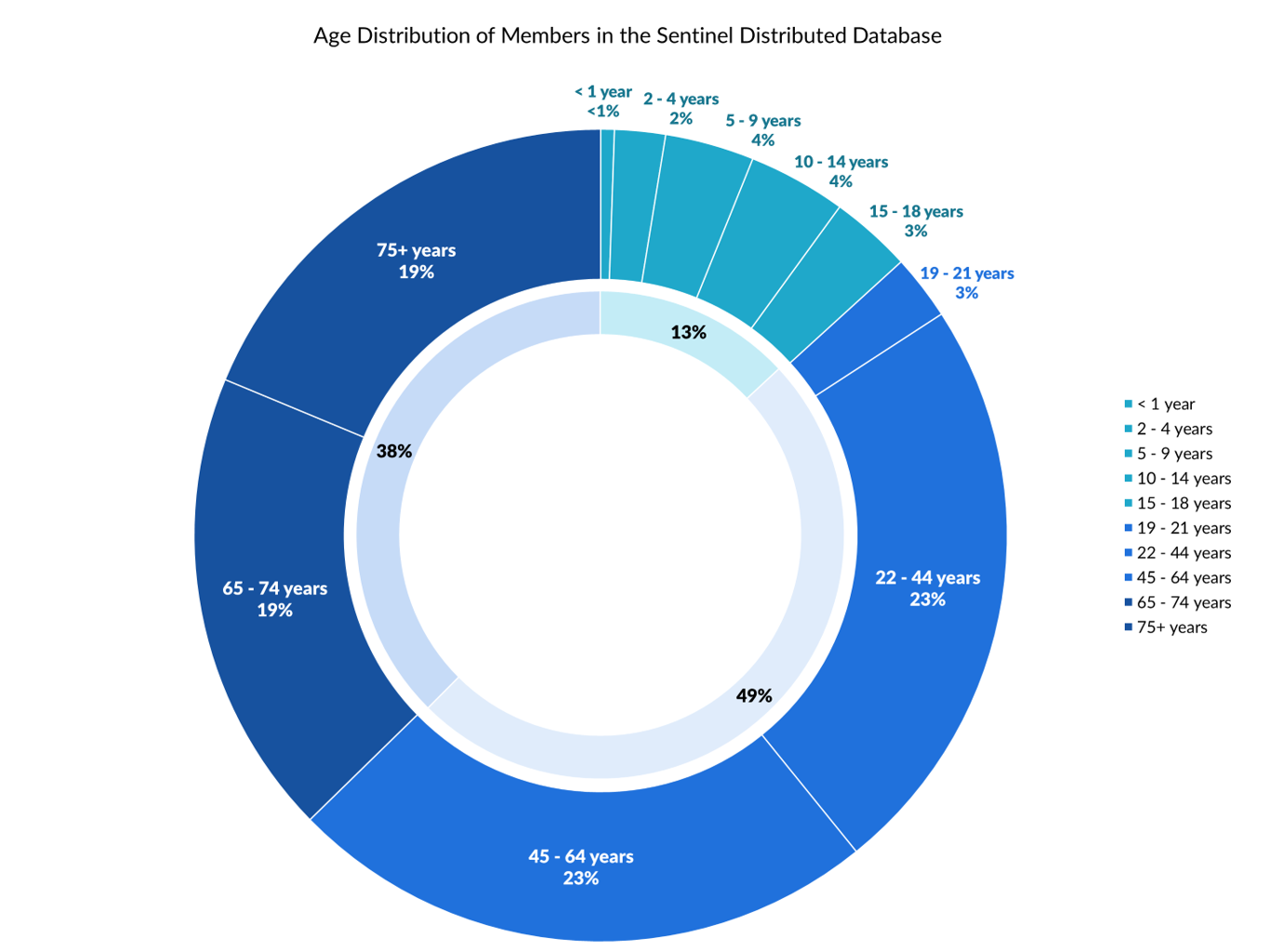 Age is calculated based on the date the information was pulled from each Data Partner. Therefore, partners with a larger than 1 year lag in data may will have smaller numbers represented in the <1 year age group.